I've recently returned from a five day visit with my paternal grandparents and I am once again reminded how much I have to learn.  I am ashamed to admit how much maturing I had yet to do, and how much I still had (and surely have yet to) to learn.  As much as I’ve always loved and appreciated my grandparents, I appreciate them so much more now.  My grandparents have not fundamentally changed as long as I remember, but the lessons they had to teach me are finally sinking in.

My grandparents are amazing people.  They've been working and taking care of themselves and their families since they were teenagers.  When I was younger I thought that their relationship was rather dull.  Theirs wasn't a passionate romance (as far as I knew), how boring.  But this year they will reach their 55th anniversary, and spending time with them has taught me what enduring love is.

They first met at a bar where my grandma, Patricia, was hanging out with her mother in law (a woman I wish I could have known).  She thought my grandpa was too drunk, so their meeting was brief.  Luckily, she went to a feed store where my grandpa Fritz worked and this time his luck was better.  He asked her out, and met my dad and uncle shortly thereafter. Despite the stereotypes of the time, he took the kids along on boating trips (against his friends’ protests) and when he told his family he was going to marry her, he told them the kids were now family.  He never treated my dad and uncle any differently than my aunt and uncles that came after. 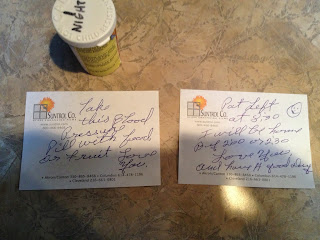 Together they have had five kids, countless grand and great grandchildren.  They survived my grandmother’s breast cancer, my grandpa’s hip replacement (and other minor surgeries), and now they deal with her dementia.  Despite this, they are one of the most fortunate people I know.  They are blessed with each other.  The amount of care my grandpa takes for my grandma is amazing.  Throughout their marriage they played the typical roles.  My grandpa worked as a carpenter, while my grandma cooked, cleaned, shopped, took care of the bills and children, as well as worked a few jobs.  Now that she has dementia my grandpa has had to learn to pay the bills, go grocery shopping, and I was shocked to see he’s even doing chores around the house.  My grandpa is an amazing man.  He leaves her notes when he goes out in the morning telling her which pill to take, and although they are just little post it sized notes, they each say “I love you”.  They have also had so many people in their lives that have helped them along the way.  My great-grandmother – ma Brown - helped my grandma out when she split up with her son, and even encouraged her to dance with Fritz.  A neighbor lent my grandma her car so she could get a job, and her pastor later showed up at the house and helped her get a divorce.  They have so much love in their hearts that they love my over achieving gay brother just as much as they love my very opposite older brother, or any of my other cousins.  They are wonderful people, and although I will never be as selfless and accepting as they are I will do my best to keep the lessons they have taught me 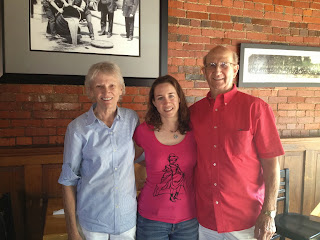 which is more important? i.e. which would you choose at the exclusion of the other?